AW12 shoot - behind the scenes

A little late, but as promised, here are a few behind-the-scenes shots of our brilliant AW12 shoot on Sunday. 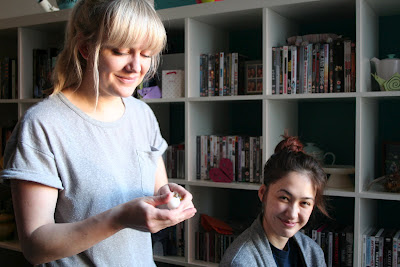 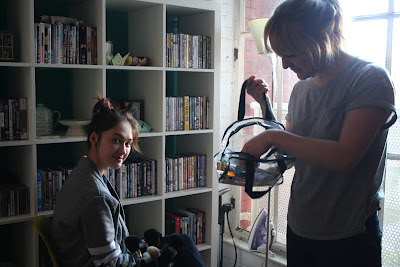 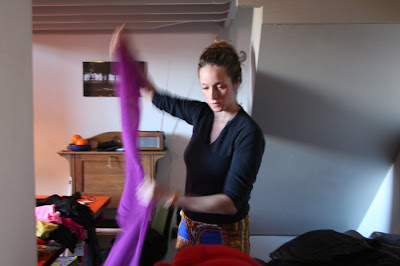 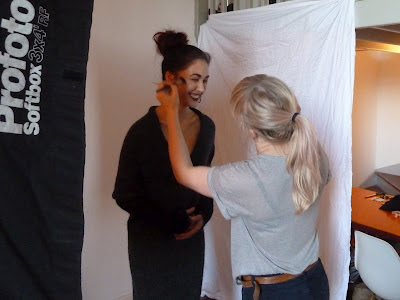 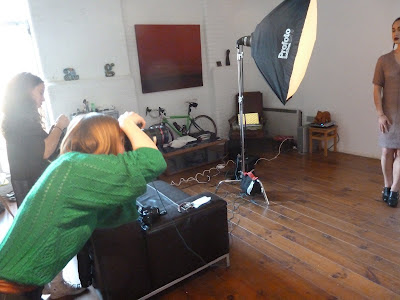 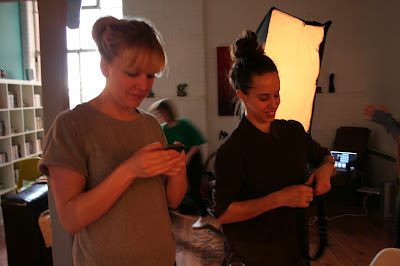 Where it all began, part 4

This shot of my great-grandmother is one of my absolute favourites. This one isn't even about the knit, although I'd wager that she made that one, too. It's her brilliant pose (that fish!) and the gorgeous dress she's wearing (which my mother assures me she also made herself).
It's such a beautiful, rich image and I find it really inspiring, especially now that I've started researching and gathering ideas for my SS13 collection. 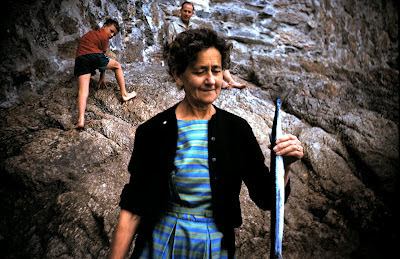 I'm a bit late with this, as it came out earlier this month but I wanted to share it for a couple of reasons, one because I just love it - Emmanuelle Alt from French Vogue + Wham! = what's not to like? But also because it's rare to see a magazine editor jumping around like a nutcase, let alone an editor of Vogue. It's refreshing/hilarious to see that she has a sense of humour and can laugh at herself and made this video to mark the re-launch of the Vogue Paris website.

Where it all began, part 3 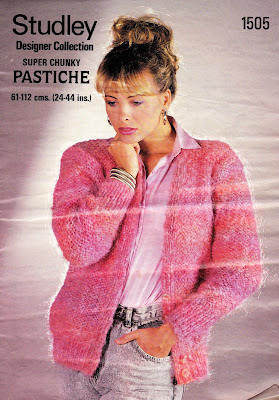 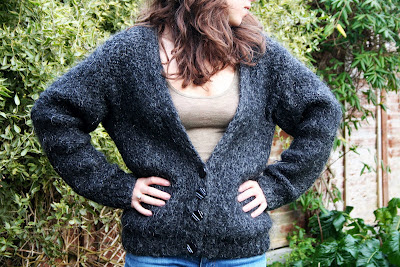 When I was around 10 years old, my mum knitted herself a black mohair cardigan. She also made me a royal blue one but I hated wearing it because it was itchy (I was very fussy back then). But my mother's: I loved it then and I love it now. In fact I tried to steal it at the weekend but Mum decided all of a sudden that she might want to wear it again. Typical.
Anyway, there must have been something in the air during that visit, because when Mum went up to the loft to find something completely unrelated, she unearthed the pattern for it. I HAD to scan it and share it with you because it's so fabulously eighties, it is simply too good not to (see above, in all its glory). I also got a shot of me in the aforementioned cardigan that is sadly not in my possession (yet...). Needless to say, I will be making my own very soon.
Posted by Amy Hall at 08:44 No comments:

Wolf and Badger: the window

Ruby from my press team came with me to Wolf & Badger for a meeting this morning and we were thrilled to see the Antwerp sweater on one of the mannequins in their window - we especially loved the styling and think it's a great little outfit, perfect for their Valentines theme. 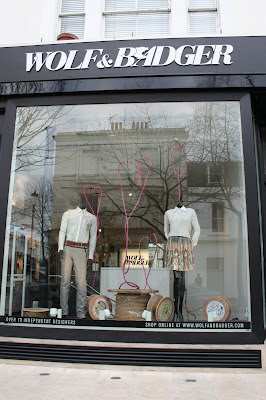 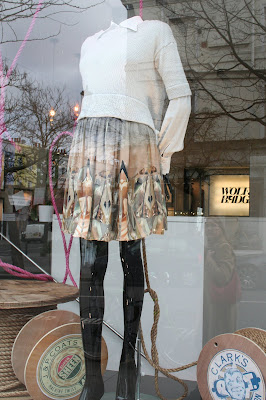 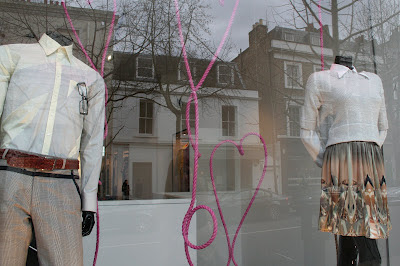 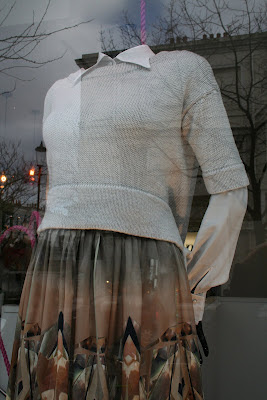 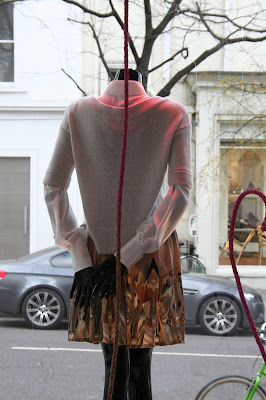 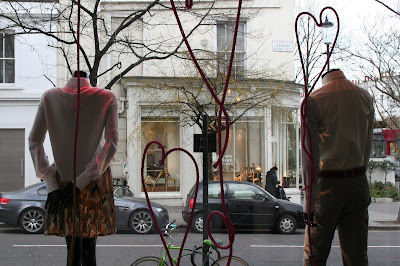 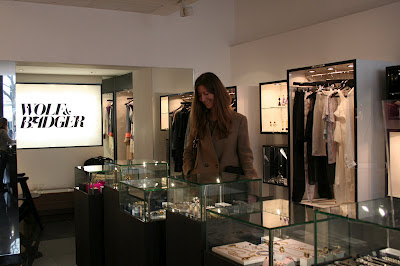 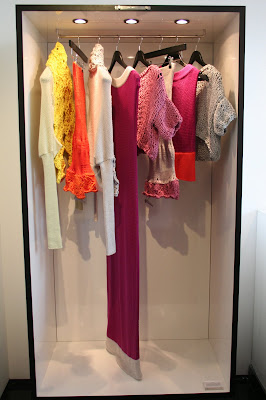 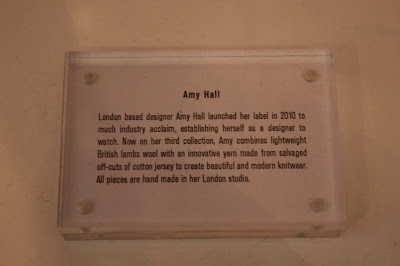 Where it all began, part 2

I love these photographs of my mum and her brother Christopher in their garden. They're each sporting some pretty fabulous knits (there's that mustardy gold again!), both of which I believe were the handiwork of one or other of my great-grandmothers. But I think their Dachshund Mitzy is feeling left out and wishes she had a fetching sweater, too. 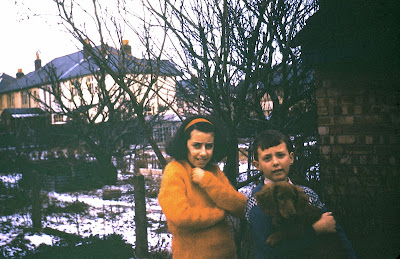 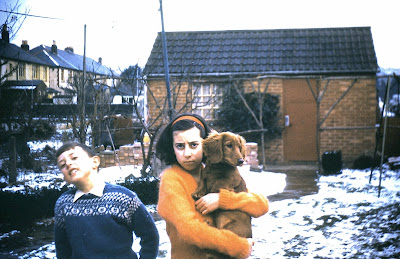 [Mum, uncle Christopher & Mitzy in their garden in Portchester]
Posted by Amy Hall at 11:55 1 comment:

Where it all began, part 1

Last weekend I went down to the Isle of Wight to visit my lovely mum. While I was there I stumbled across a load of old slides of my mother as a girl, with her mum & grandmother. Some of you probably know that I learned to knit with my mum and my mum's mum (hmm, this could get confusing). So the thing I loved most of all about these shots that I found, were all the (mostly) handmade knits that kept cropping up.
The Nashes clearly had a penchant for mustard/gold around that time, as there are two or three different knits in that hue that make an appearance. It then led me to think that there must be a lot of other pictures from my childhood, where my knits or my mum's had some kind of impact on me and which have possibly inspired me since. So over the next couple of weeks I'm going to try and be a bit more consistent with this blogging lark and share more of these brilliant finds. Hopefully you'll enjoy the photographs even if you haven't a clue who the people are! Here's one to get you started: 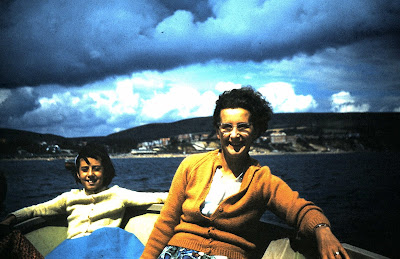 Last night's 2nd birthday party/new brands launch at Wolf & Badger was fab - not only were we very excited to see our SS12 stock looking so lovely on the rail, but it was jam packed with stylish things, bloggers, etc AND they were serving rather delicious cocktails to boot. To see what Wolf & Badger had to say about it all, click here 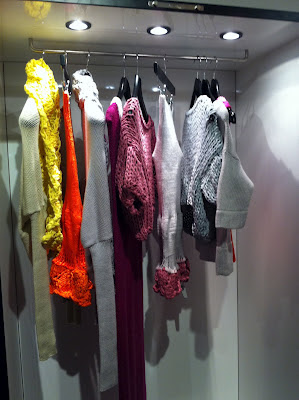 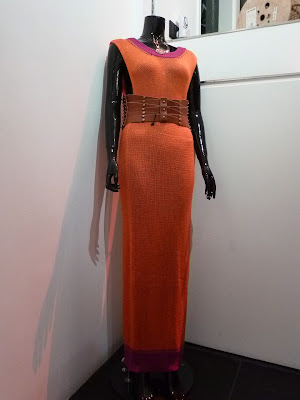 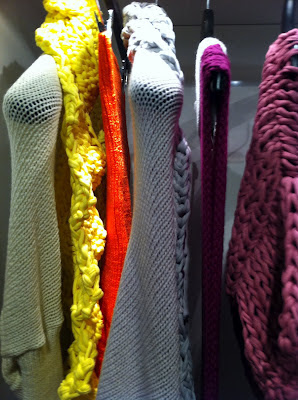 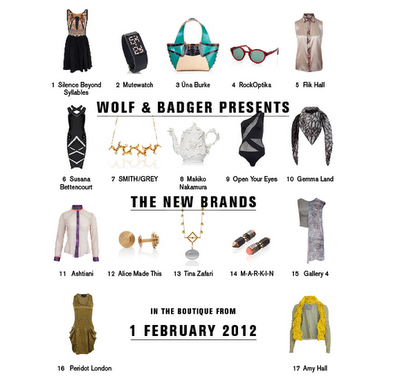 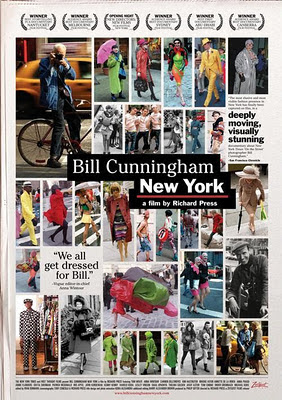 I felt very fortunate to be invited to the UK premier of Richard Press's 'Bill Cunningham New York' last night at the Soho Hotel.
Like most people who are interested in fashion, photography or both, I have been a fan of Bill's work for years. He is the original and best street-style photographer and sees details in day-to-day outfits that might completely escape another's notice. US Vogue's Anna Wintour credits him with spotting key trends months before anyone else.
Over the years he has worked predominantly for The New York Times, pounding the streets of New York from dawn to dusk capturing anyone who he believes has style, usually from his bicycle. He shuns digital in favour of a traditional SLR and has an absolutely enormous archive consisting of mostly unpublished work.
But the most striking thing about him is his integrity. In a world where women get a kick out of seeing other women looking bad, it's delightfully reassuring that Bill Cunningham would never print an unflattering photograph of anyone. He's passionate about women, their clothes and his work and, as his contemporary Chris Moore said at the Q&A after last night's film, quite simply, he's a gentleman.
To see Bill Cunningham's work for The New York Times, click here
To see the trailer for Bill Cunningham New York, click here
Bill Cunningham New York is in UK cinemas from 16th March.
Posted by Amy Hall at 08:58 No comments: 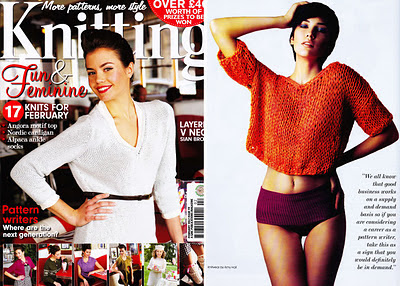 Towards the end of last year I was approached by freelance journalist Clare Kelly and asked to talk about my approach to writing knitting patterns. The article is in the February issue of Knitting magazine and alongside my quote is a very fetching full-page image of the Seoul sweater and Sydney bikini briefs from our SS12 collection, which has just gone on sale.
Posted by Amy Hall at 11:24 No comments: