Today is Fashion Revolution Day. Be responsible, ask where your clothes are made, who made them and how.

On 24th April last year, 1133 people were killed and over 2500 were injured when the Rana Plaza factory collapsed in Dhaka in Bangladesh.

When we started Amy Hall in 2010 it was a reaction against mass production and disposable fashion. We wanted to create a brand that championed and produced high quality, handmade, beautiful knitwear that would last a lifetime. Four years on we still have the same values and feel even more strongly than ever about responsible production and consumption. 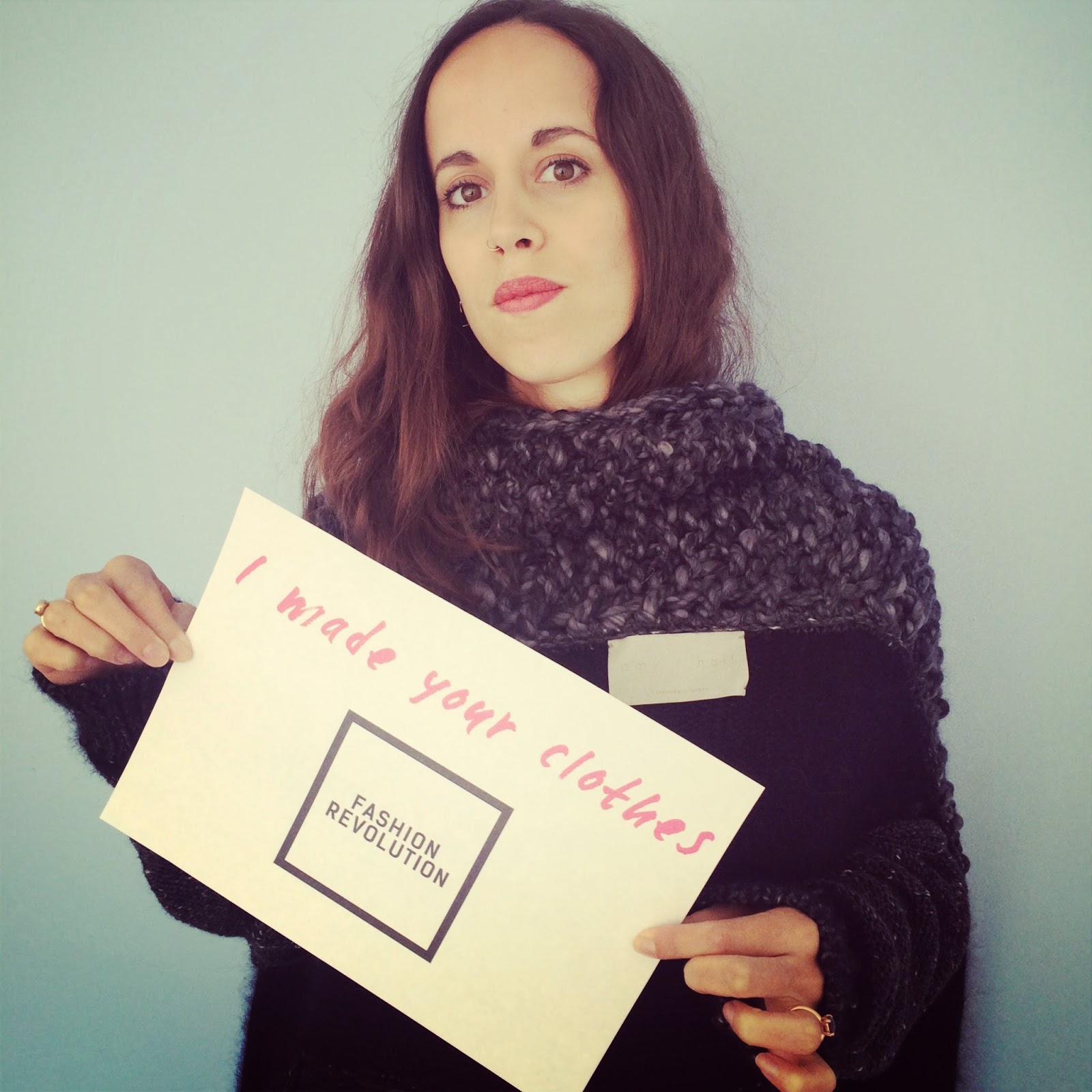 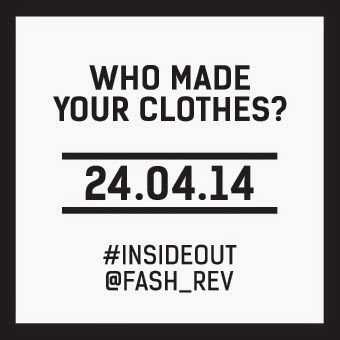 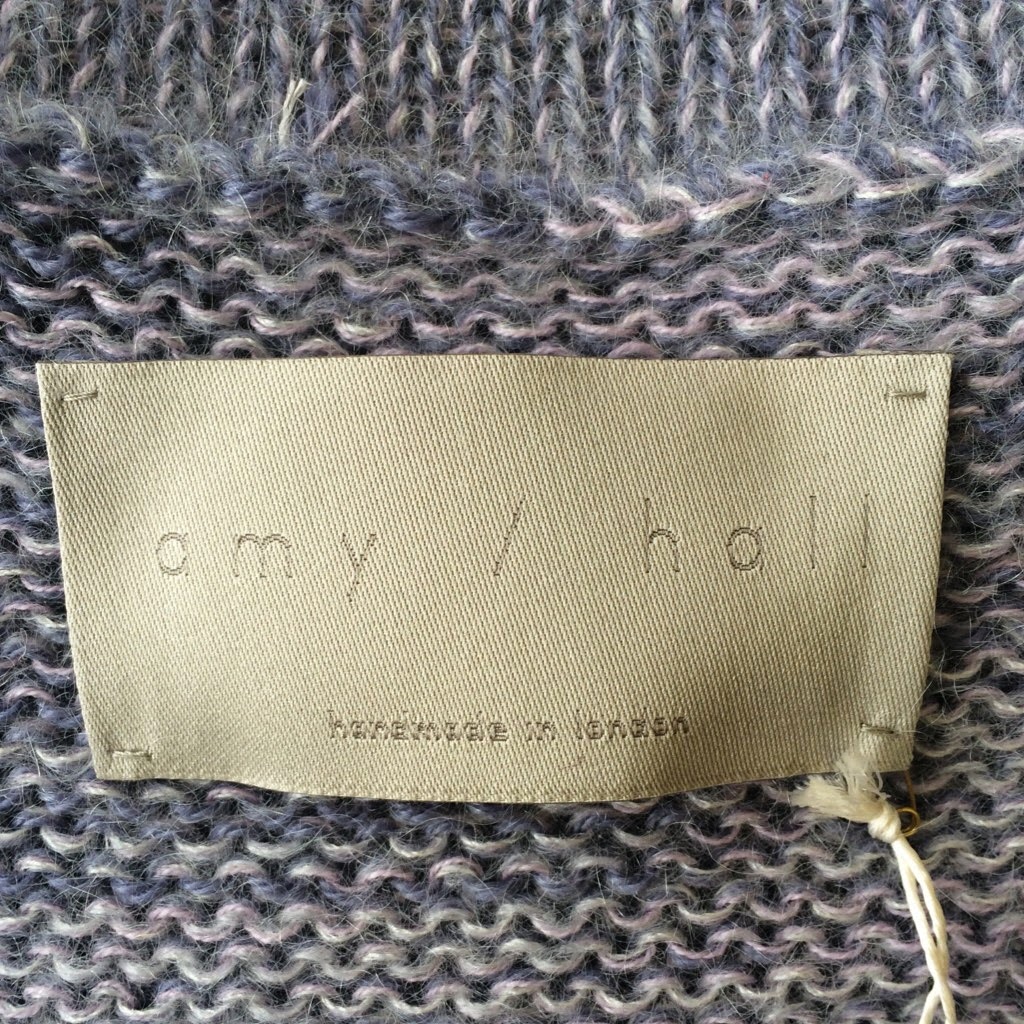 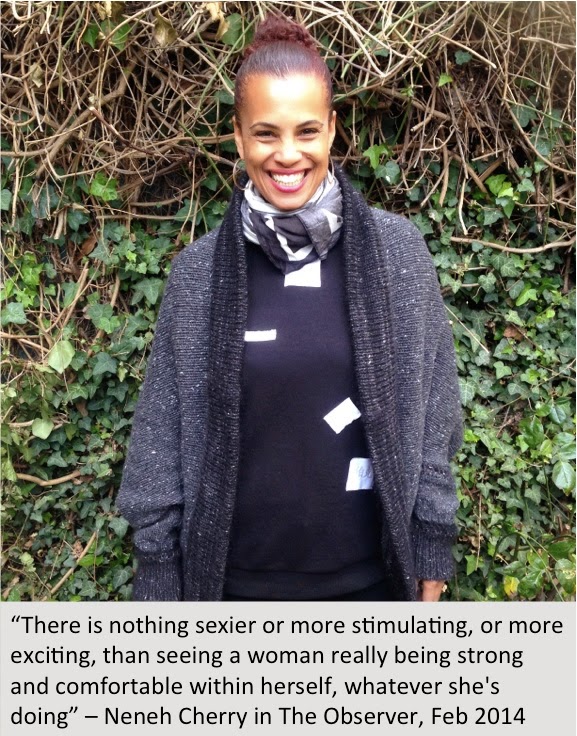 We were thrilled when Neneh Cherry got in touch earlier this year - she'd discovered our knitwear and loved it. Subsequently she's one of the first to get her hands on the Autumn/Winter 2014 'Victoria' cardigan (one of my favourite pieces from the whole collection) and I was particularly chuffed, because I've been a huge fan of Neneh's since the late '80s.
Her latest album 'Blank Project' is fantastic and here she is talking about her favourite records with French radio presenter, Laura Leishman: 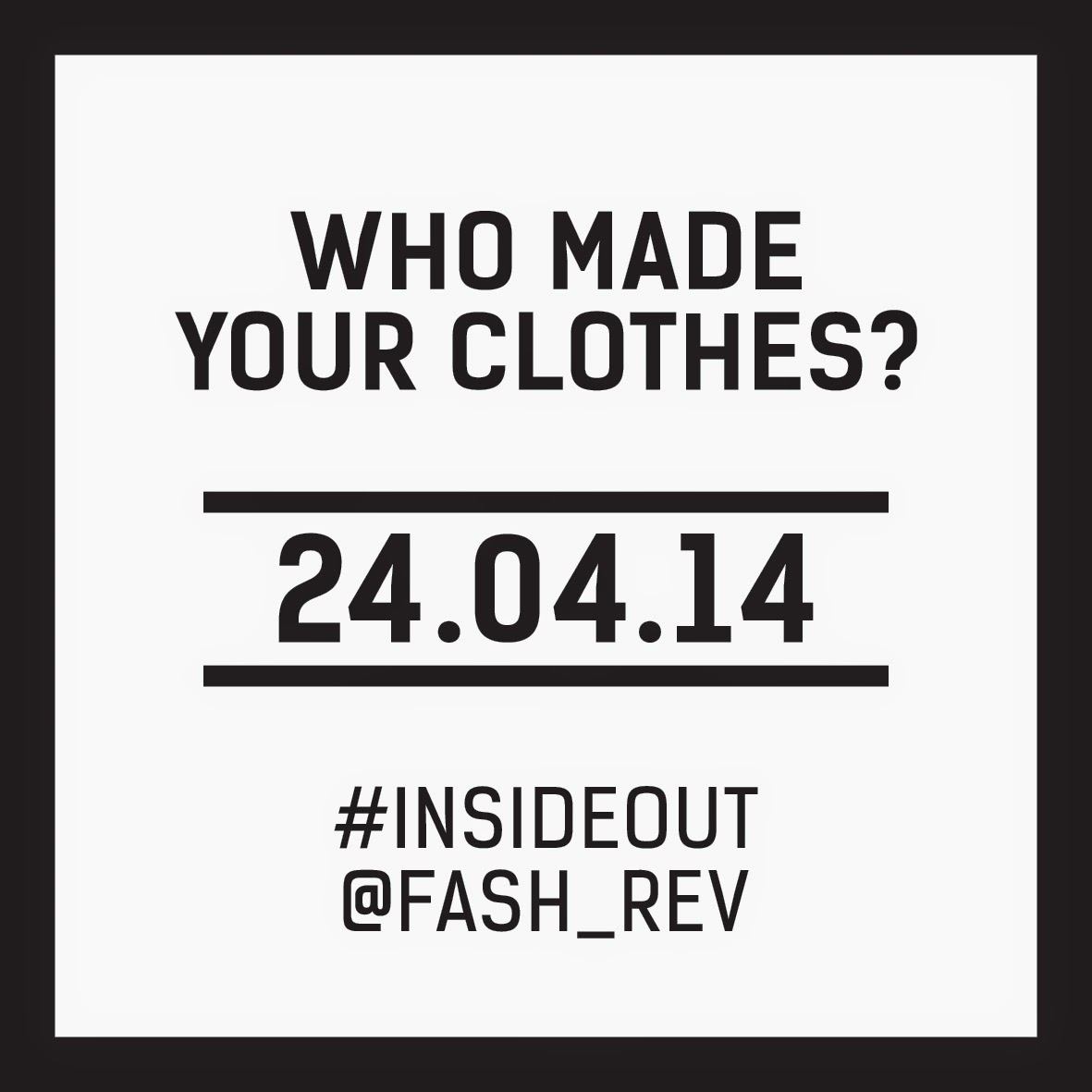 From the Sidewalk to the Catwalk: The Fashion World of Jean PaulGaultier

I was invited along to the media preview of the Jean Paul Gaultier show: 'From the Sidewalk to the Catwalk' at the Barbican today. It's the first major exhibition entirely devoted to the celebrated French couturier. The opening of the show was preceded by a short interview and Q&A with the man himself which was a fascinating insight into his life and work. He's a brilliant, engaging and highly entertaining speaker who had everyone in the audience captivated.

The exhibition that followed was as interesting, theatrical and diverse as Jean Paul himself and the main thing that struck me was how far-reaching and vast his influence is. As you walk around, you can see how many of the designers that have found fame more recently clearly look to him for inspiration. I also love that he has forged a successful career spanning nearly 40 years in a highly competitive industry, having never studied fashion.

The variety of fabrics and garments on show is extensive, but I was particularly drawn to the knits for obvious reasons. There's absolutely nothing granny-like or stuffy about any of the knit and crochet pieces on show here!

The show opens to the general public tomorrow and I urge anyone who has an interest in textiles, fashion, art or culture in general to hot-foot it over there, as you won't regret it. 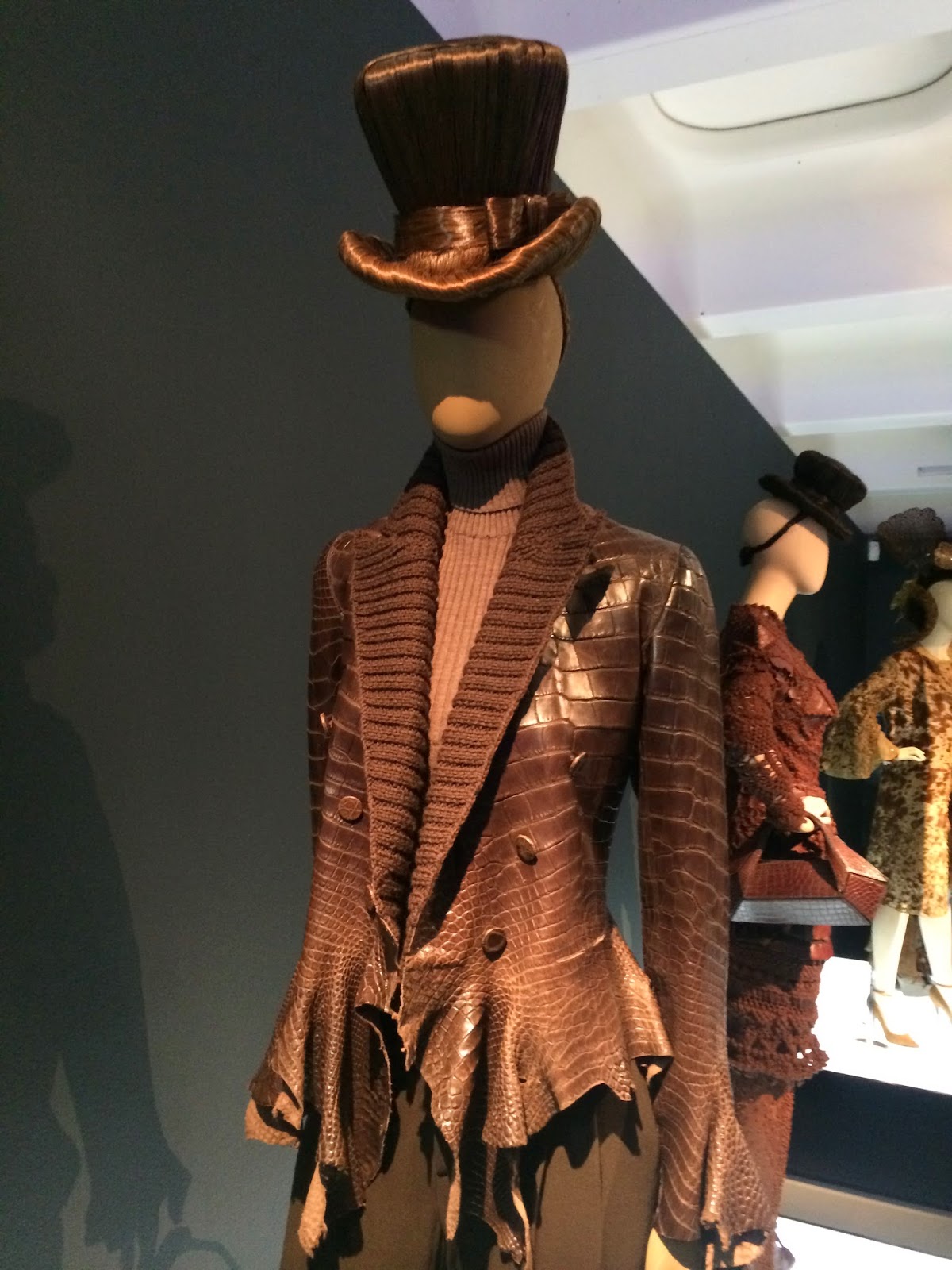 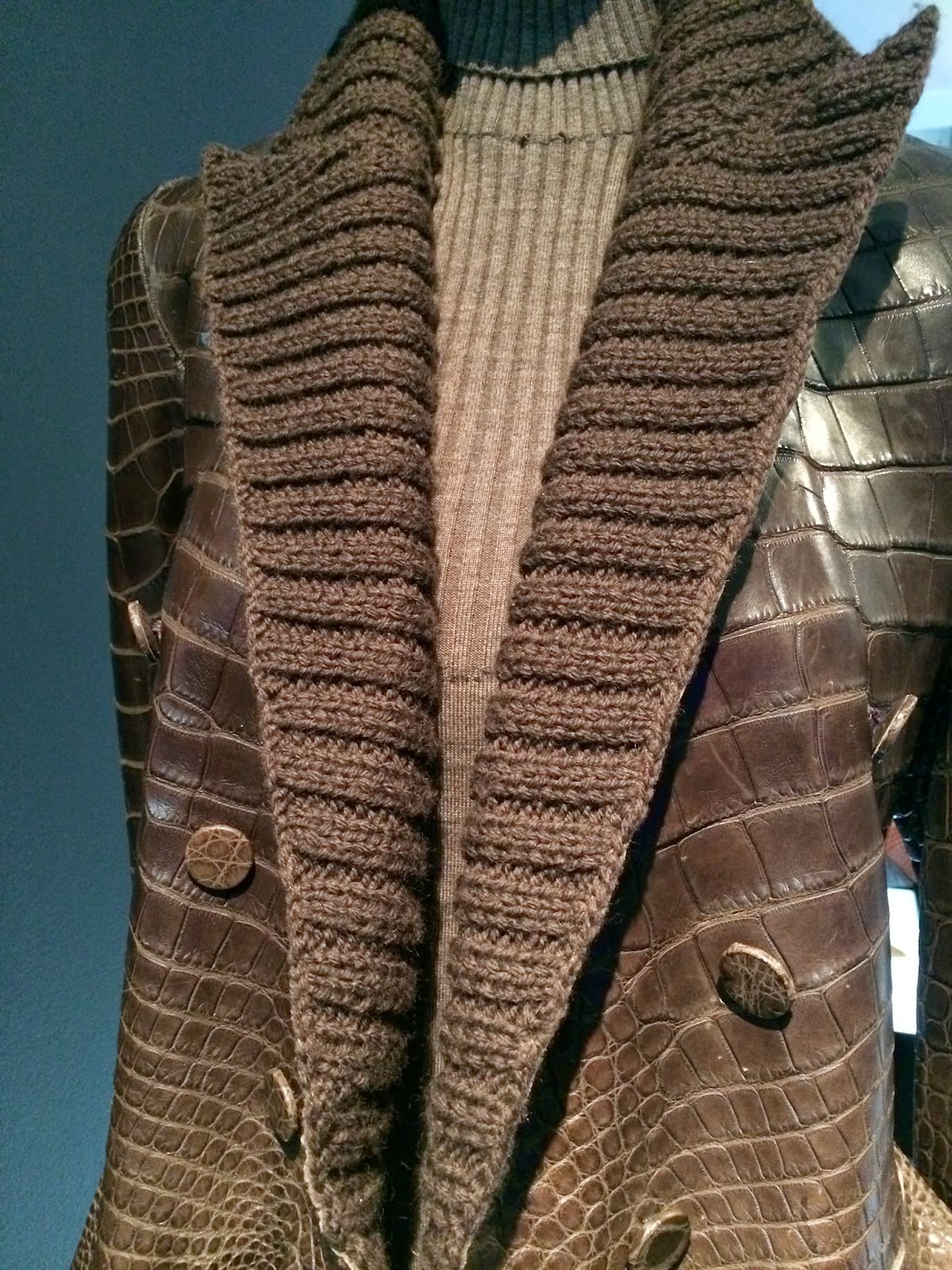 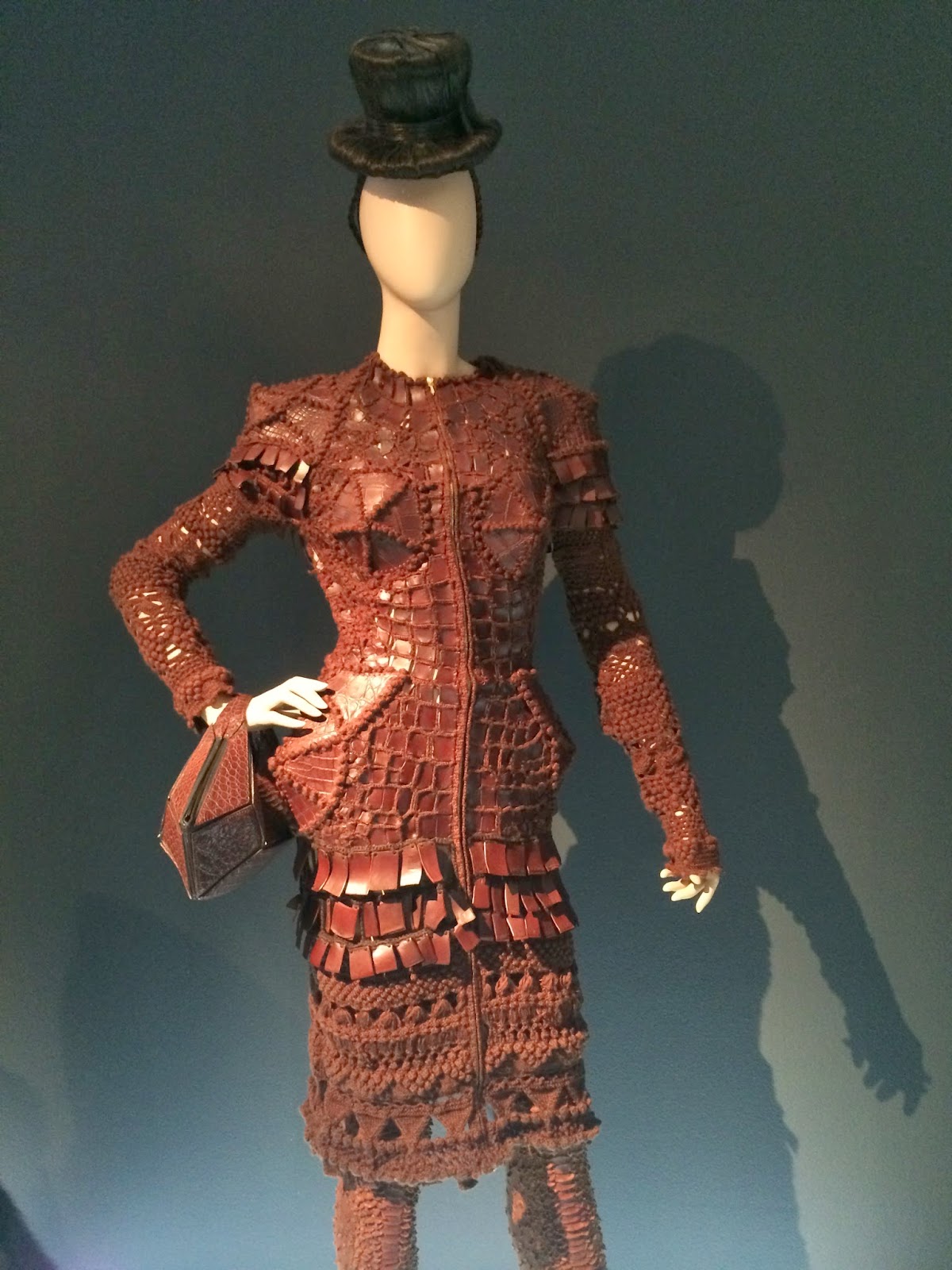 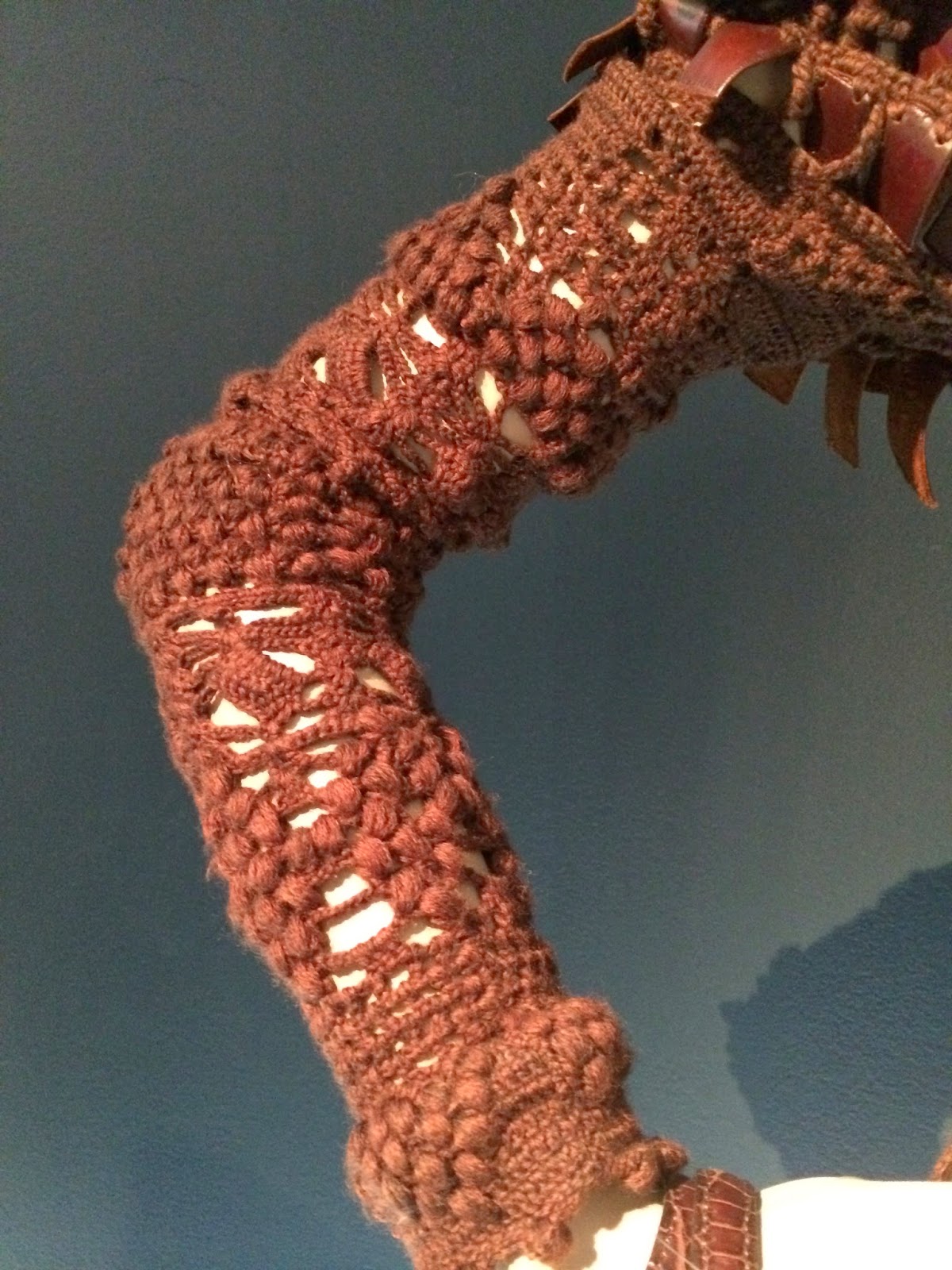 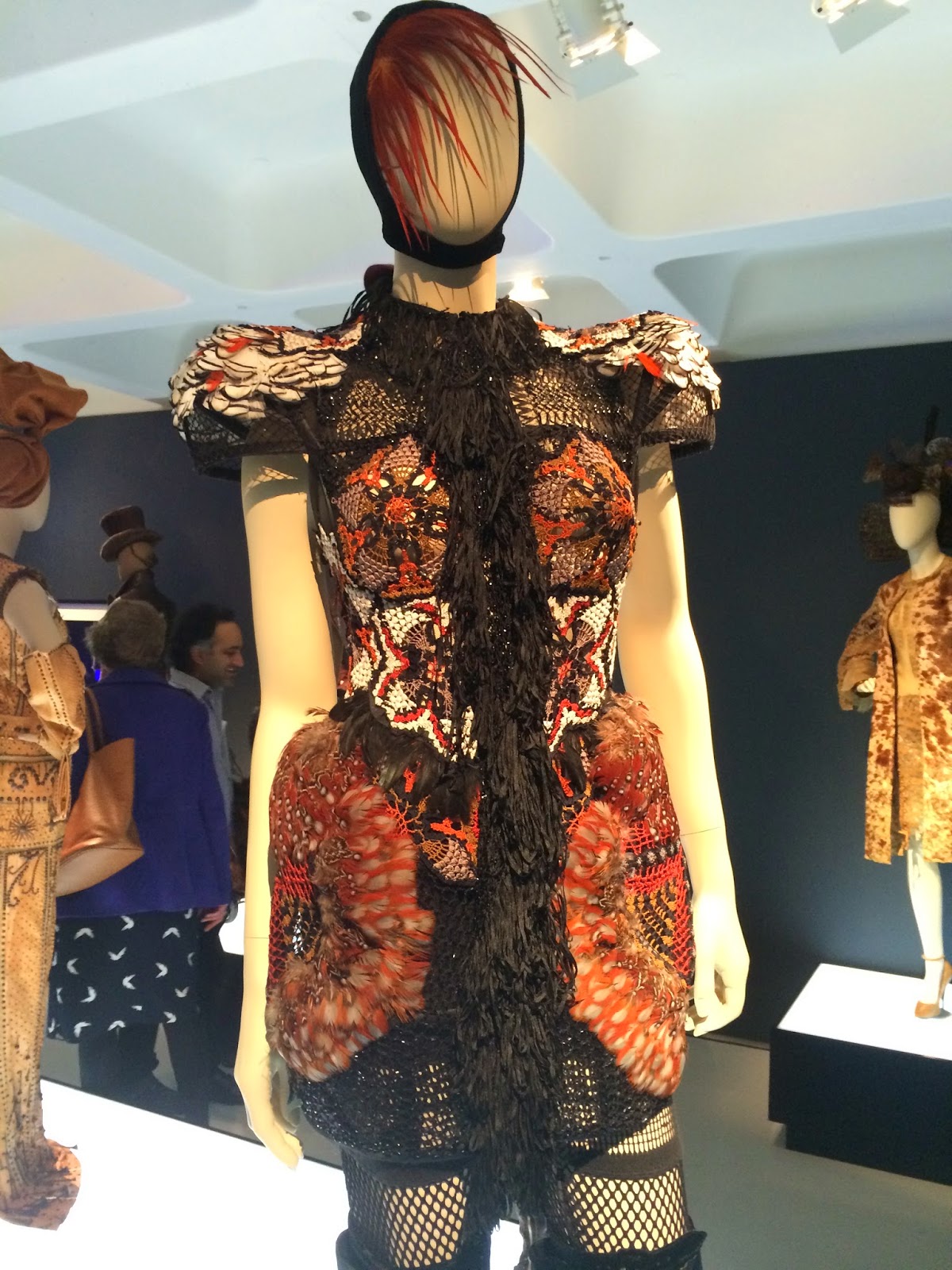 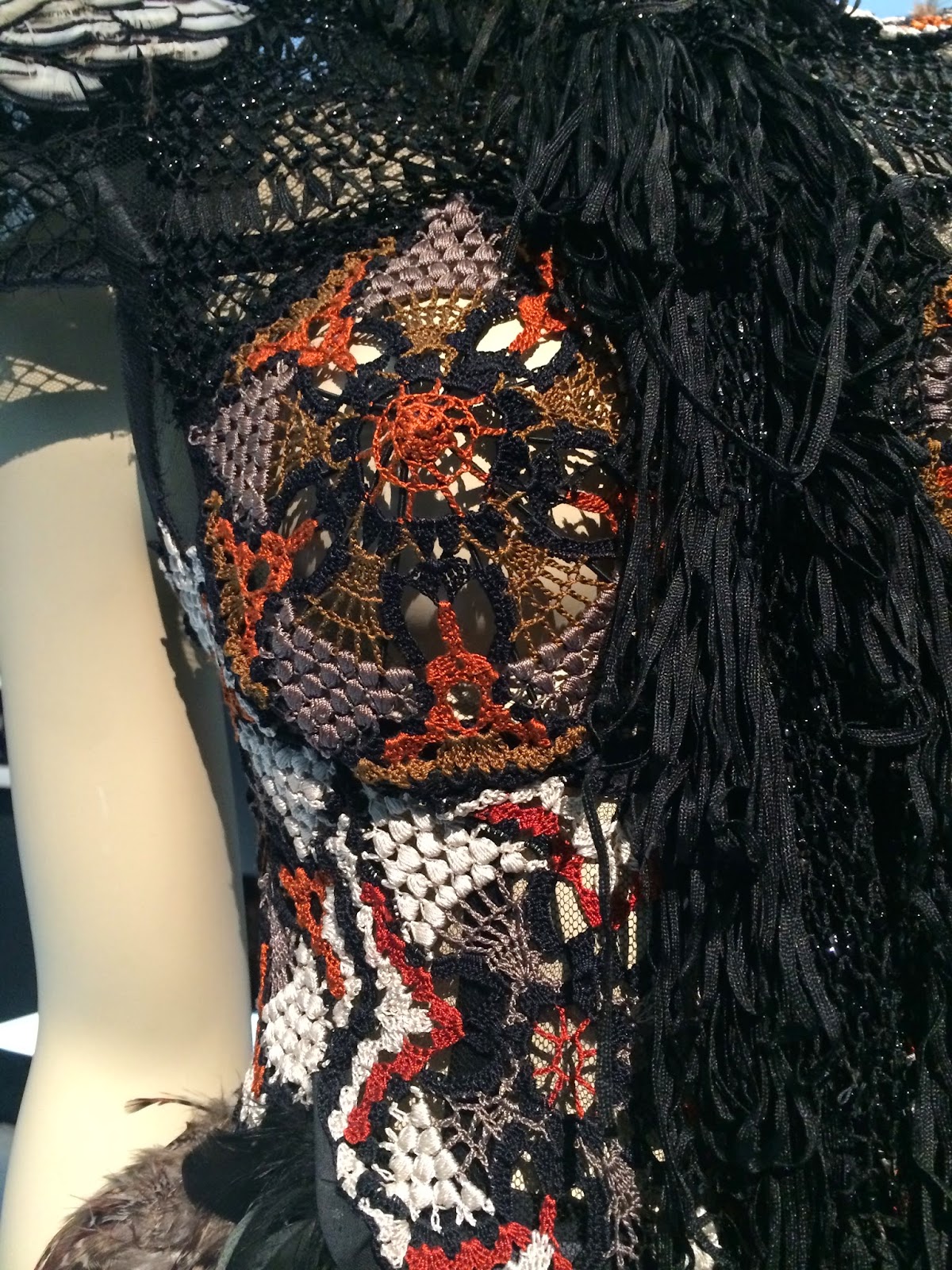 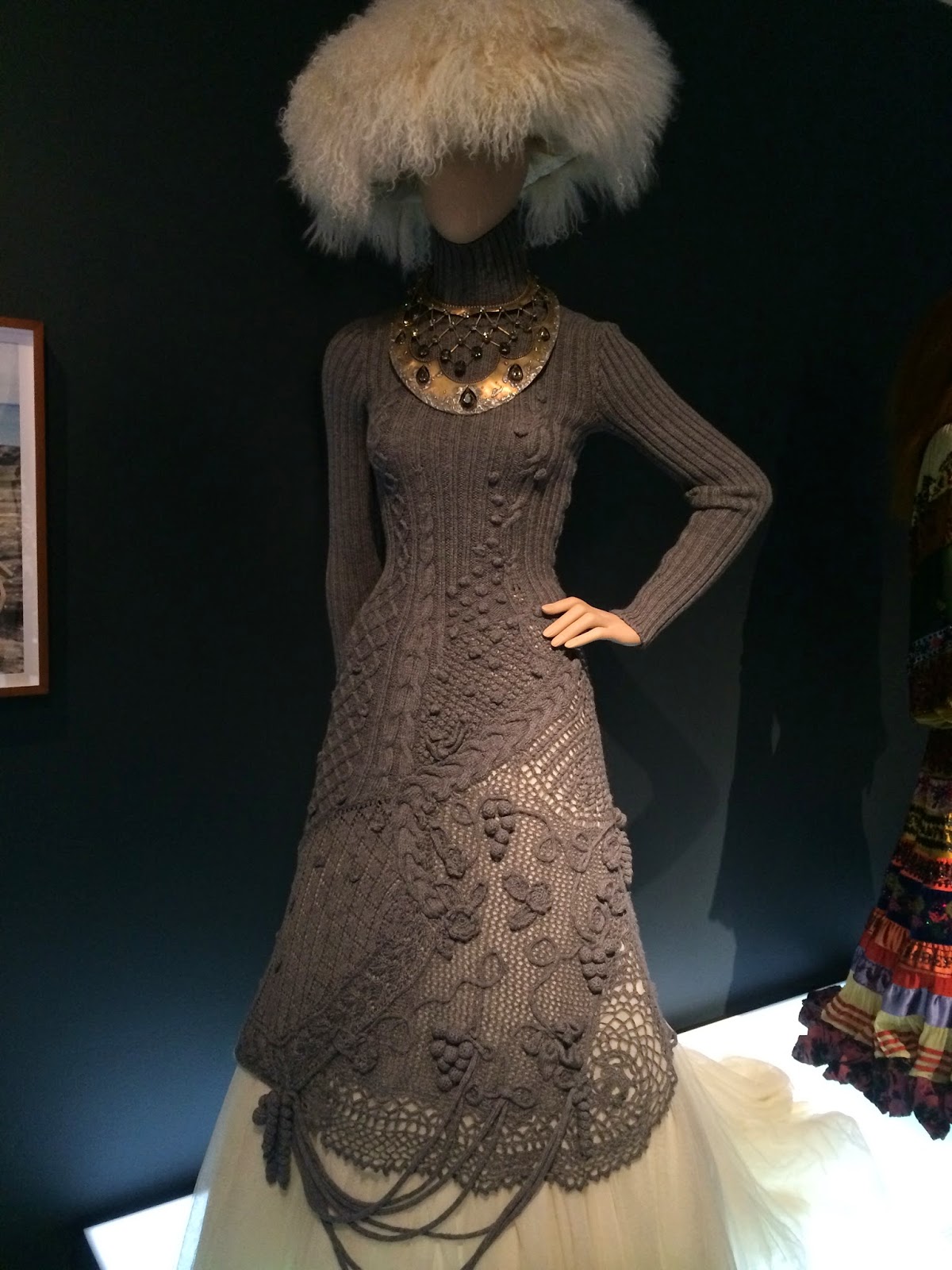 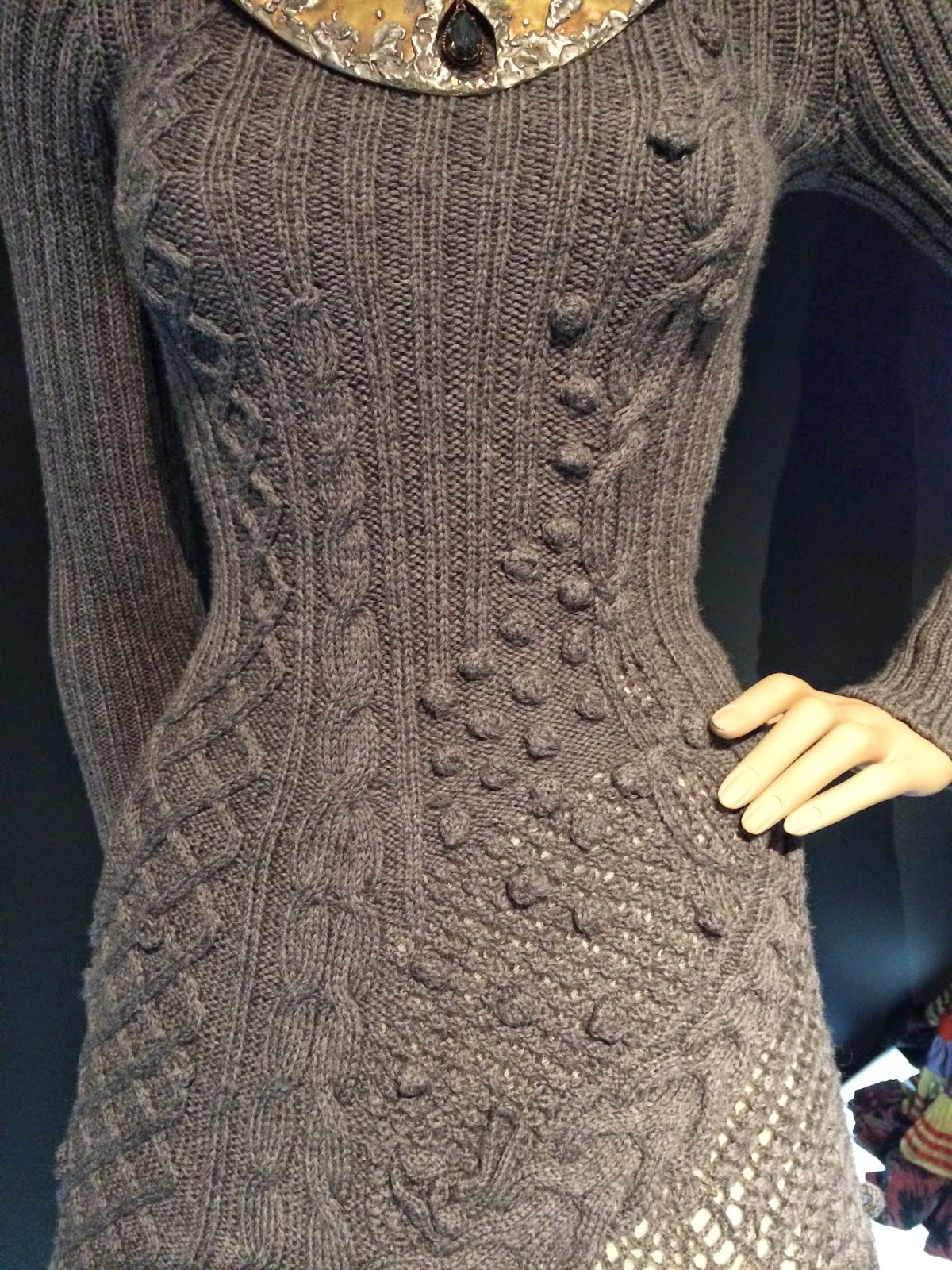 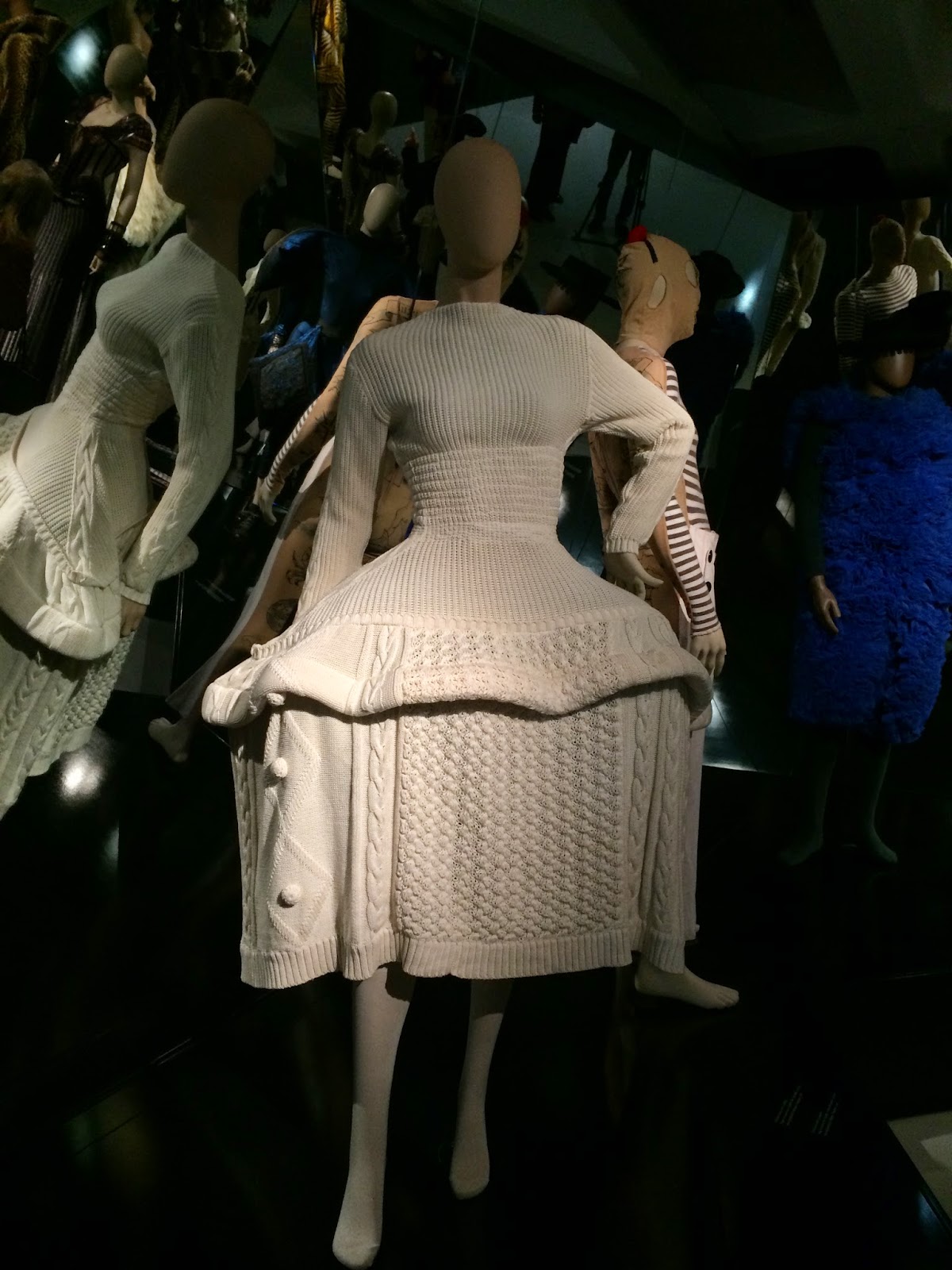 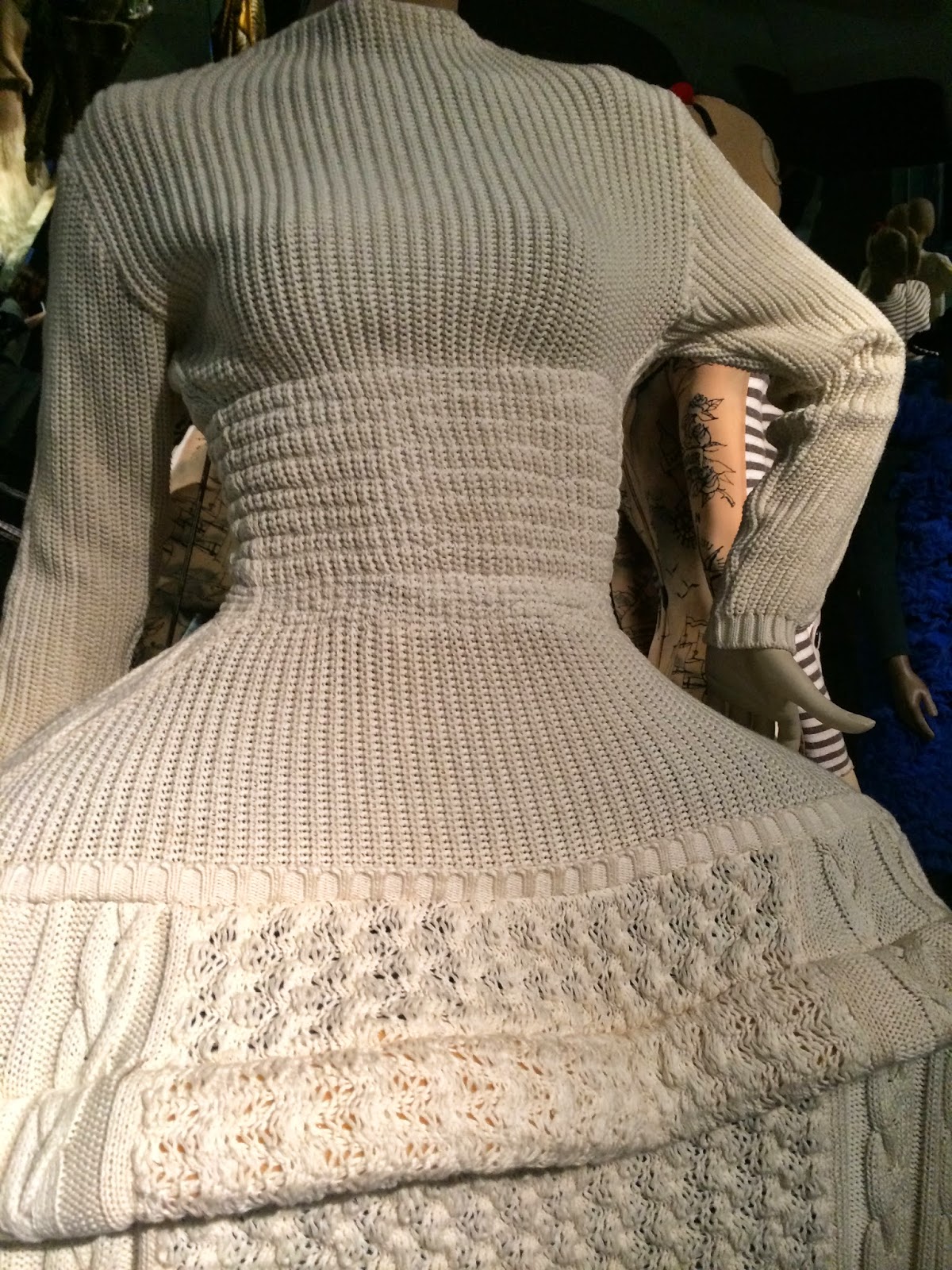 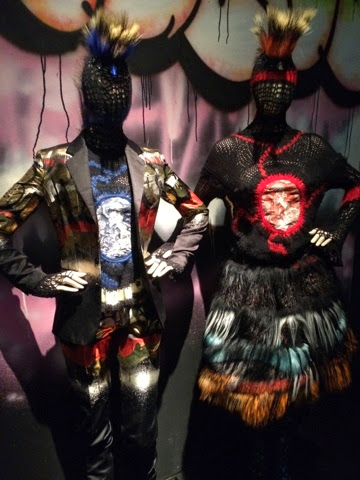 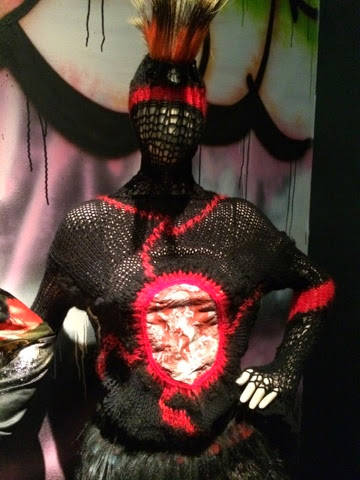 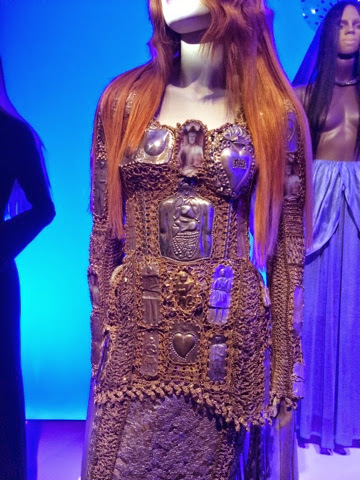 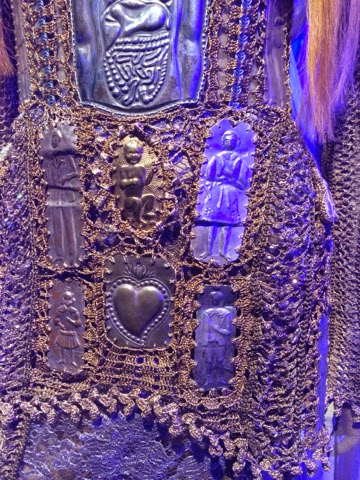 Labels: Barbican, From the Sidewalk to the Catwalk, Jean Paul Gaultier, knit

Here's an interview with me that US magazine Haute Living published earlier this year:

Amy Hall originally trained as a photographer before realising knitwear design was her true passion and undertaking a summer course at Central Saint Martins. In 2010, the London based Hall established her own label and launched with a collection of women’s ready-to-wear knits, all hand-made from her Dalston based studio. Hall’s popularity spread like morning sunlight with fashion bible, Vogue, hailing Hall’s knits “as the only clothes to wrap up in this winter.” Haute Living caught up with the woman who has helped make wool, cool:

Why do you think that Londoners love Amy Hall? Over the last few years customers have become more concerned with provenance and spend their money more shrewdly. Quality and longevity are also important factors so, because our pieces are handmade in London, using carefully sourced natural fibres that are predominantly British, our customers know they’re making a sound investment. Our designs have a strong silhouette but are classic so won’t date and, if well cared for, should last a lifetime.
Can you tell when something is going to sell well? We have a signature cocoon cardigan shape, that despite being slightly re-worked each season, never fails to do well. Women find them incredibly easy to wear and they’re flattering and warm. They’re great trans-seasonal pieces too. One customer told me the other day that she feels like she’s being enveloped in a hug when she’s wearing hers!
What do you love most from your Spring-Summer 2014 collection? The one piece that seems to get the most ‘oohs’ and ‘aaahs’ at the moment is the Alum mohair sweater. I’ve actually already worn mine to death as it looks great with everything. It is incredibly soft and tactile and invites people to touch it. The Brighstone cardigan is also doing well. 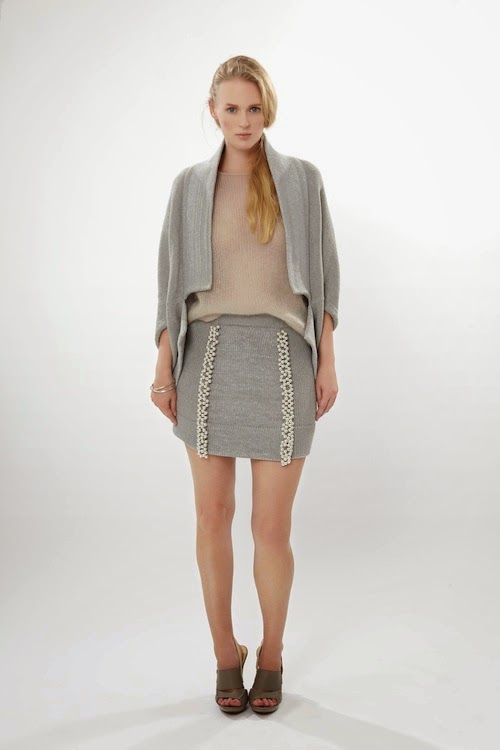 What do you like about Londoners’ style? Londoners aren’t afraid to be completely bonkers and generally don’t care what anybody thinks of them. They dress for themselves and, for the most part, have an excellent sense of style.
How much of your wardrobe is from Amy Hall? I have to admit it’s beginning to take over! We’re now on our eighth season so the number of pieces that have found their way into my wardrobe is increasing all the time. My husband and I have a one bedroom flat and we share a single wardrobe, but some of my bulkier knits are definitely encroaching on his space. I’m lucky he’s so tolerant….
Were you always so sure about your sense of style? I was in the sense that as a teenager I wore some pretty ridiculous things that nobody else in my year at school would be seen dead in, but I’m not sure you would have called that style! But over the last few years I’ve refined my wardrobe (at least non-knitwear wise) and know what suits me. But I don’t think you could pigeonhole my style, either. It changes according to my mood.
You have lots of A list fans… Yes. Broadcaster Anita Rani (BBC’s India/China/Russia on Four Wheels, Channel 4’s Four Rooms) wore pieces from my AW13 collection throughout her recent Russia on Four Wheels documentary. Journalist Polly Vernon is also a recent convert, as well as US TV presenter Alicia Quarles and Swedish singing sensation, Neneh Cherry.
How do you like to relax? With a big pile of glossy magazines, a good book and a glass of red wine. 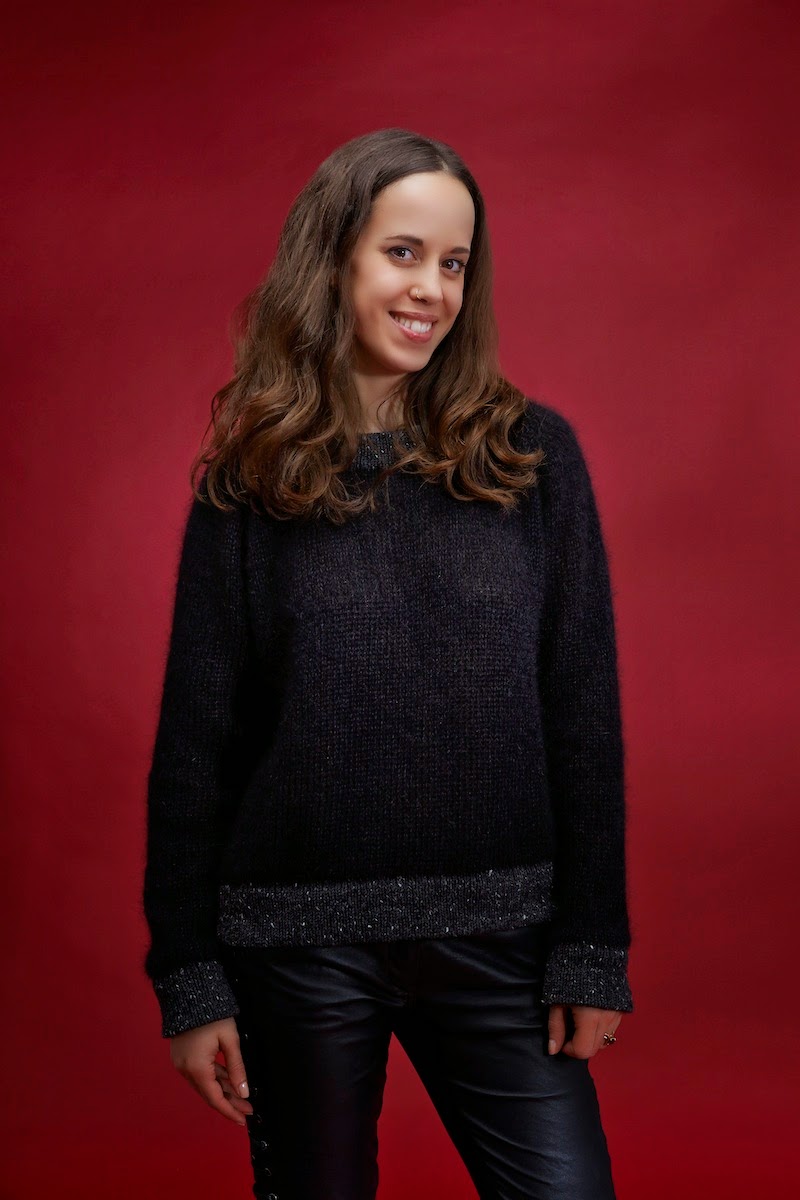