August is coming to an end but it's been a busy month for us all at Amy Hall. On 1st August our A/W 2013 collection went on sale in Wolf & Badger on Dover Street, Mayfair.

Ten days later we hosted a sample sale in Kentish Town with a selection of other London based designers, then a few days later shot our new Spring/Summer 2014 collection, which was incredibly exciting. I've included a sneaky behind-the-scenes shot below. We'll be unveiling the collection in the next few weeks, so keep an eye out. 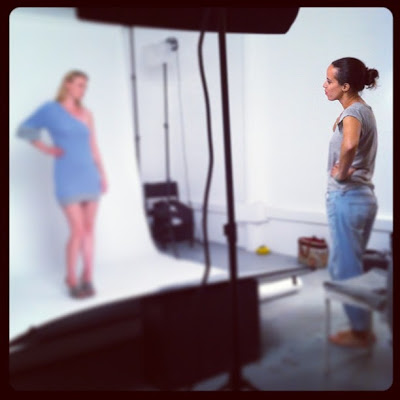